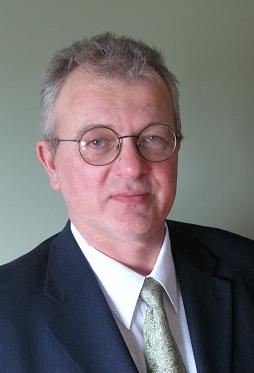 Roman Strzeciwilk, son of Bronisława and late Roman Sr. was born in 1961 in Biłgoraj, Poland.  He studied Library Science in the Marie Skłodowska-Curie University in Lublin. His love of literature, creative mind and artistic soul is reflected in his passion- a poetry writing as he believes that every aspect of life is an act of art.

In 1988, he immigrated to the United States and set up his residence in N.Y.C., where he worked as a driver for a large limousine company.  Soon after meeting his wife Janina Poskrobko, they moved to Staten Island in 1999.  Immediately, he became involved in the life of Polish-American community on Staten Island, actively participating in the renovation of the St Stanislaus Kostka Parish Rectory. He was also involved in the organization of the first Polish Cultural Festival at Sailor Snug Harbor. At the same time, he was fortunate to become a member of the Carpentry Union, Local 20, where he is presently employed.

Roman along with his wife became very active in the Pulaski Day Parade Committee of Staten Island in 2003. Since then, he has participated in every General Pulaski Day Parade on Fifth Avenue in New York City.  He was most helpful in assisting the late Contingent Parade Coordinator, Walter Stojanowski and learned from the “Very Best, what it takes to coordinate a Superior Contingent”.  He helped to organize the buses, ensured all banners, flags etc and persons were accounted and that the line-up was in order for a remarkable presentation as the Staten Island Contingent marched up Fifth Avenue, passing the Grand Stand and St. Patrick’s Cathedral. He also worked unselfishly in making sure the Parade’s After-Party was a huge success.

Roman is a caring father of two beautiful and talented children, Kasper and Magdalena  (Miss Polonia 2015).

Appreciating the value of an excellent education, he made sure that his children would be versatile in both English and Polish. He sent them both to Polska Szkoła Dokształcająca im. Jana Pawła II on Staten Island and then to the Polish Cultural Center, Clark New Jersey. He tirelessly took them to New Jersey every Friday and Saturday until they successfully completed their Polish high school education and passed Matura. To strengthen the value of their patriotism and to teach them dedication to community work, he devoted his third evening of each week to taking them for Harcerstwo or Polish American Scouting Organization.  While his children were obtaining their education and patriotic skills, Roman used his education and knowledge in the field of library science to actively volunteer at the library of the Polish Cultural Center in Clark, NJ. He initiated cataloguing and organization of their huge selection of Polish books and restored a large number of damaged books to preserve them for future generations of Polish-Americans. Roman was very involved in service to the Polish Supplementary School in Clark, using his artistic and carpentry skills to build cabinets and prepare decorations for school events.

Roman has also proven himself to be a true friend to many individuals. He is always there to help others in need, whether it be with physical help and or just giving expert advice, based on his knowledge and expertise.

It is for these reasons that we have chosen and honor Roman Strzeciwilk, as the 2016 Marshal of Pulaski Day Parade Committee of Staten Island.  Congratulations!